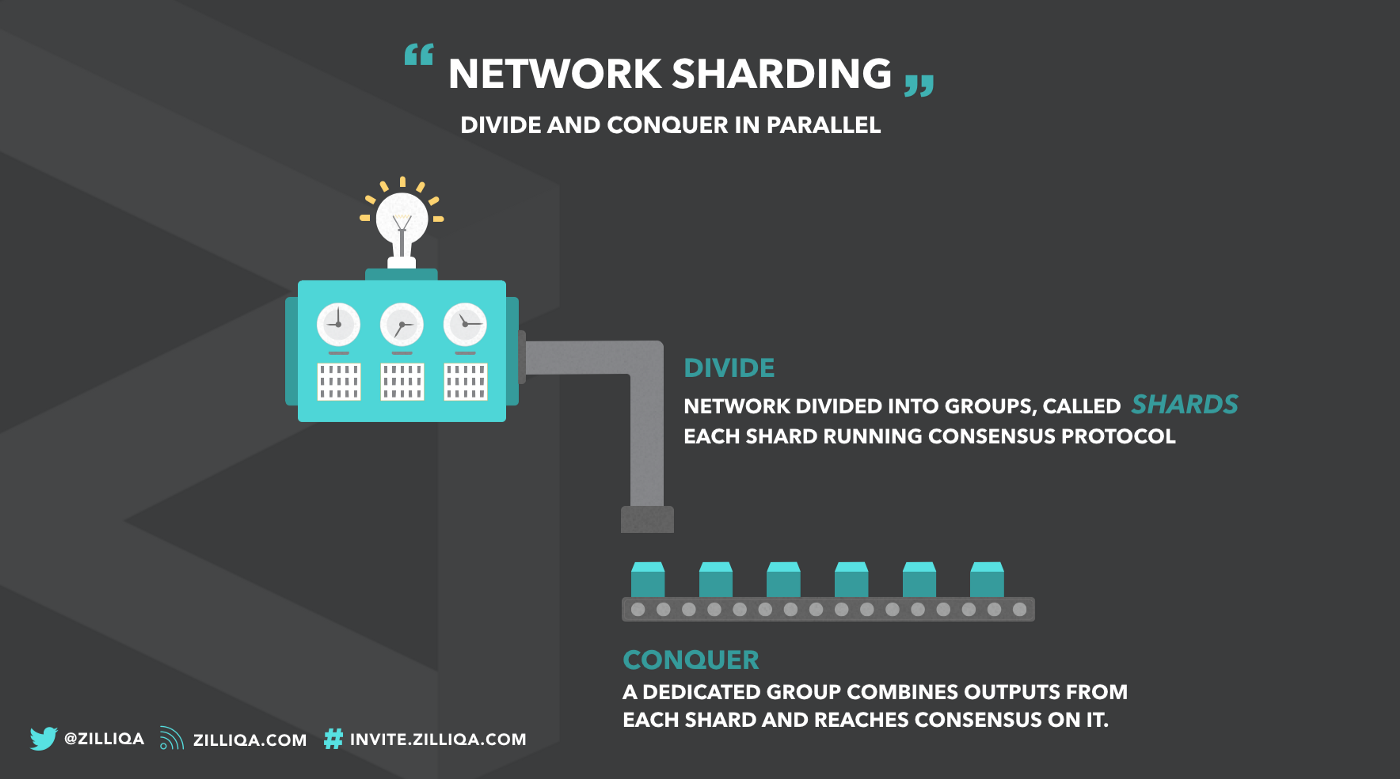 Network sharding (which will be referred to simply as sharding in this context) is a mechanism that allows the Zilliqa network to be divided into smaller groups of nodes each referred to as a shard. Simply put, imagine a network of 1,000 nodes, then, one may divide the network into 10 shards each composed of 100 nodes.

Network sharding is the secret sauce that makes Zilliqa truly scalable. Imagine our example network of 1,000 nodes. Zilliqa would automatically divide the network into 10 shards each with 100 nodes. Now, these shards can process transactions in parallel. If each shard is capable of processing 10 transactions per second, then all shards together can process 100 transactions per second. The ability to process transactions in parallel due to the sharded architecture ensures that the throughput in Zilliqa linearly increases with the size of the network.

The idea of sharding is certainly not new, and it can be traced back to the field of databases, where it is employed to improve performance, scalability and I/O bandwidth. The idea of sharding in the context of blockchains however was first put forth in an academic paper co-authored by Zilliqa team members in 2015.

As discussed above, network sharding opens up avenues for parallel transaction processing — each shard should now be able to independently process transactions and hence yield high throughput. Whenever a transaction reaches the network, it gets assigned to a specific shard. The assignment is determined by the first few bits of the sending address of the transaction. This is called transaction sharding.

Transactions received by the network can be classified into the following categories depending on the type of accounts involved. Below, we call an account a user account (or a non-contract account) if it is controlled by a user and does not hold contract code. As an extension, an account that holds contract code will be referred to as a contract account. 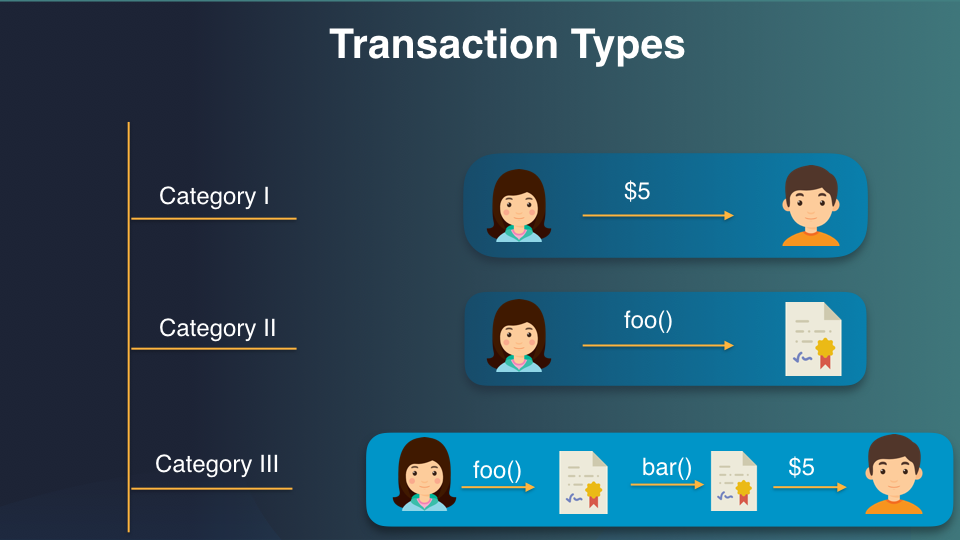 Type III (U1 -> C1 -> … -> Cn [-> U2]): Any other transaction. This category includes transactions originating from a user that can invoke a chain of contracts and potentially terminate with a user account. An example transaction will be Alice calling a travel agent contract (C1) that calls an airline contract (C2) that in turn calls an insurance contract (C3).

The exact assignment strategy is as follows: